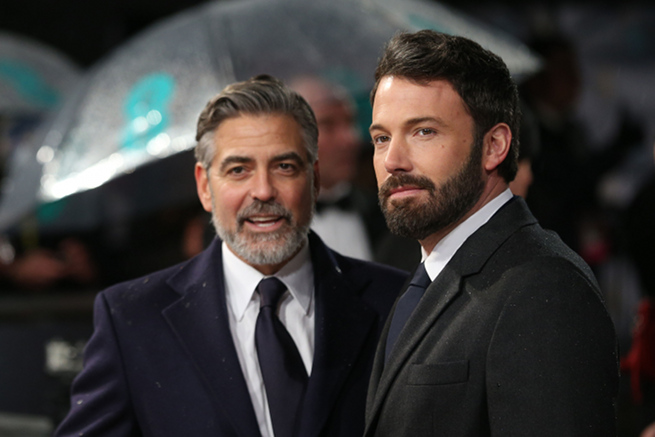 Drop that razor. Beards can protect you from the sun, prevent asthma attacks, and keep you from being a dateless wonder. New research conducted by leading British paper The Daily Mail suggests we’d all be better off with a little scruffiness.

Let’s take a look at the benefits of this groundbreaking BroScience!

According to polls conducted by the brilliant minds at Evolution and Human Behavior, beards not only make you more seductive, but more likely to be a great parent.

Full-bearded men may be perceived as better fathers who could protect and invest in offspring.

Remember Papa Smurf? He had a beard. That’s what smurfed him apart from the rest of the Smurfs. A full beard can represent experience and maturity. A five o’clock shadow might indicate you’re able to have a kid but not quite ready for the trials and tribulations of fatherhood. Kevin Federline had one of those and everything worked out just fine.. For KFed that is.

Guys with light stubble are perfectly well and good until the words ‘I’m Pregnant’ come into play. Then they bounce faster than Lindsay Lohan at a community service orientation. Probably south of the border. And not just a daily trip to Chipotle. We’re talking Speedy Gonzalez style, ‘I’ll be right back.. I uh- have to make a call.. Arribba!’ race on down. Women should naturally gravitate to the bearded man, as he’ll stay to pay alimony.

The bigger the beard, the more masculine you are! This doesn’t mean you neckbeards out there should keep going ‘Brooklyn’ style though. Try and actually trim those day-old Cheetos out.. Maybe leave one in, keep her guessing.

The hair stops water leaving the skin — keeping it moisturized — by protecting it from the wind, which dries the skin and disturbs the protective skin barrier, says Dr Lowe.

Like Samson before you, your manliness is dependent on avoiding shaving at all costs. Next time she prods and asks, ‘When are you shaving that thing off?’, just respond ‘Bitch you crazy? It’s the secret to my power!’ and prepare for the divorce settlement. At least, you’ll be protected from the wind.

Men have more hair follicles in this area than women do.

Generally, men are more proficient at growing beards than women are. Except the occasional Indian chick.

Your nose hairs trap more than you think they do. Nose hairs trap pollutants that could actually cause your body harm. In theory, a moustache could stop things that trigger asthma entering the airways. but it would have to be a big one.
– Dr Felix Chua & Clifford W. Bassett, M.D.

Nose trimmer corporations better watch out! It appears all this time our nose hairs, beards, and ‘staches were protecting us! Pollen, trapped by your beard. Check. That hipster stache might be all that stands between you and a dangerous asthma attack. Gentlemen, the choice is clear. For the good of your health, let your beards run free and wild. Untamed, and uncensored.

If you’re sitting in class right now secretly reading this on your laptop, take a look around. 99% of your classmates wouldn’t even read the cliff notes to Clifford the Big Red Dog. Lettuce be reality.

Say you had to write a 10 page essay on why ole’ Cliffy is so damn big, would you:

A. Visit the local library?

B. Read the material?

If you chose C,

You’re well on your way to a BroScience Ph.D in BS from the University of BroScience! Kudos!

*If you chose A or B, well I guess NASA is hiring, them and Starbucks. Guess which one you’ll be working for!

BroScience is when someone makes an unsupportable claim, without evidence, support from academic institutions (well maybe Phoenix Online University) or backing from years of non-research.

It is speculation based on gut feelings, presented as fact. Originally coined in bodybuilding circles to explain superstition or progress.

Welcome to the world of BroScience!