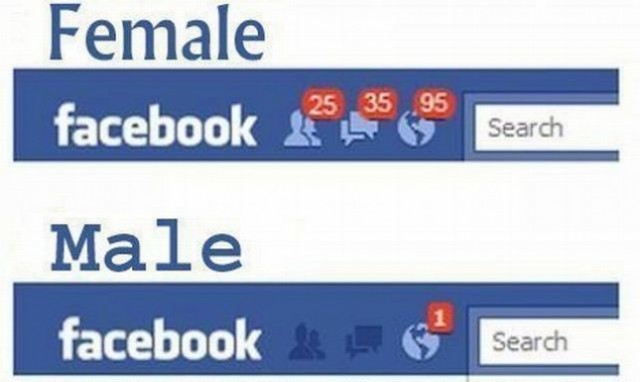 Girls can lead very active social lives on Facebook. Men can receive up to one notification a month from Candy Crush Saga.

Maintaining a Facebook profile for girls is a full time job. Imagine sifting through hundreds of adoring likes, messages, and lovable male desperation. It must get exhausting! So much so, many women will deactivate their Facebook if things get too hot. For men, it means logging on once a year to thank everybody for their birthday wishes.

Sometimes winning her heart means buying her a car. Being in the Friend Zone just isn’t good enough for some people. They want more. This is why plain old dinner dates don’t cut it anymore. If you aren’t secretly mortgaging your parent’s house to get that Like on Facebook from the girl of your dreams.. Well, you’re not even in the game. Step your game up!

This guy, Charm, is heading into new uncharted territory! A true American pioneer. Before guys just went into debt after marriage, now they’re doing it before the first date! Sign of the times, my friends. 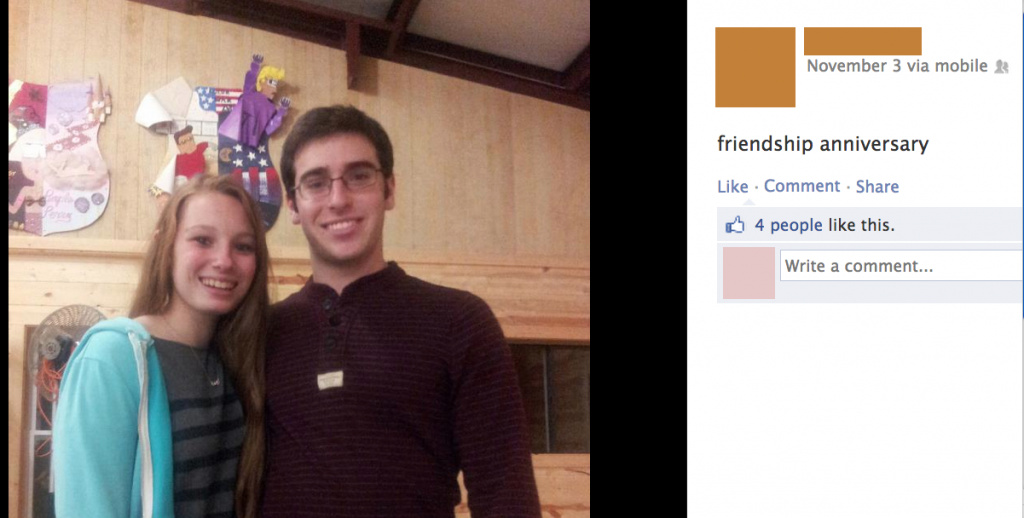 Friendship anniversaries, because modern males are happy just standing next to a girl. Publicly Friendzoned guys used to aspire to just get a poke back in the early days of Facebook.

Now thanks to advances in technology, the whole world can be certain they’re not getting any! Whew, that was a close one. Thanks social media! #FriendZone

Guys love professing to girls how special, magical, and wonderful they are on Facebook. All, in the hope of the 0.0001% chance this will lead them to somehow getting laid. Without fail, every male in the history of Facebook is guilty of doing this. We can’t help it. It’s probably coded into our DNA.

Back in the old days, they called them gentlemen callers. They would drop by in a nice suit, chat a little with the parents, maybe bring some roses. In the modern day, guys count how many months they have left before they’re allowed to text back without looking too needy. 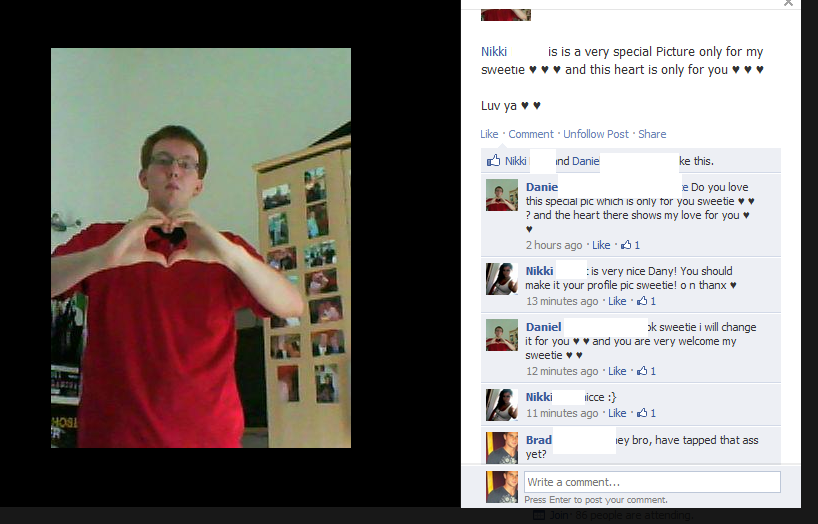 George Clooney never made hearts on Facebook to win over a girl. It’s very simple, if you think ‘What Would George Clooney do?’ and it doesn’t come up. Well, then it probably isn’t too great an idea.

Without a doubt, Nikki messaged Brad that very same night, and became his ‘special sweetie’. Whatever that means. There is only one time this kind of photo should see the light of day, we call this time: never. 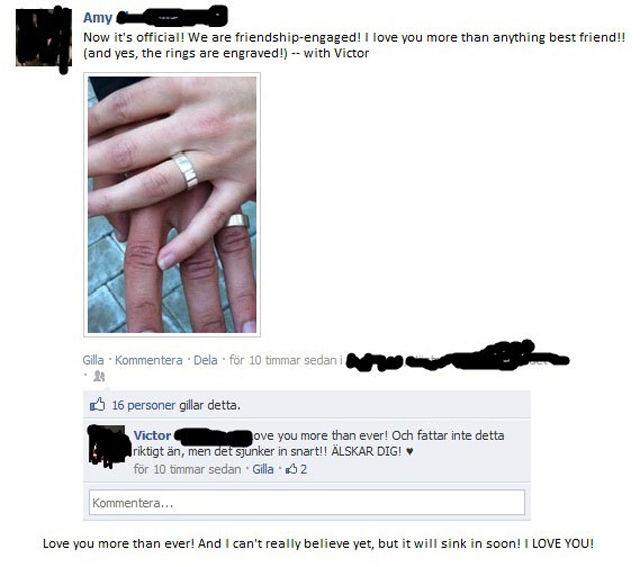 Guys are always upping the bar and innovating. The dating game has been hit so hard recently thanks to recession, even friendship now requires a proposal. The sky truly is the limit. What’s next a best friend marriage? Best friend kids to raise? Best friend mortgages? George Clooney never gave out a friendship ring. In fact, he doesn’t give out any rings at all.