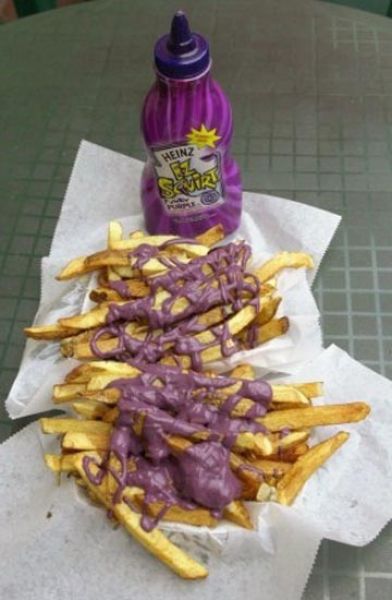 In the beginning there was ketchup, and it was red and it was all good.
Wait, this was no good at all! And so in the 90s ketchup turned purple, and
green, and everything in between! For months legions of people gathered
around the pearly gates of Heinz factory like the old wall in Jerusalem before it. 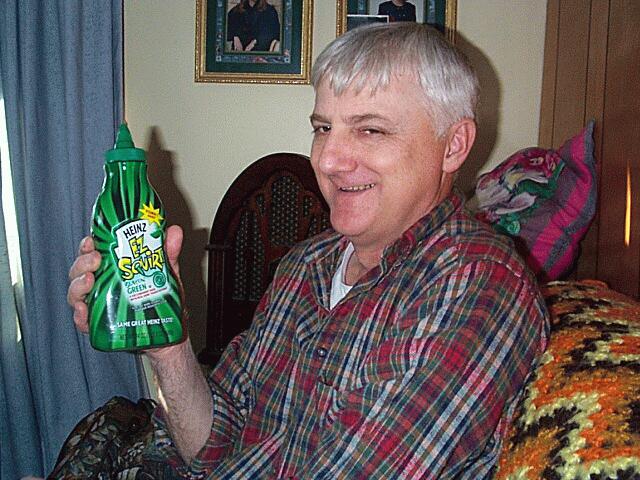 Ready for that first kiss. Wonder what she’ll taste like? Will it be sugar and spice and everything nice? Or Cheetos flavor? Did you even have to ask? Snack and make out at the same time! That’s right for the first time Frito-Lay delivered the product Maybelline didn’t have the ovaries to release. Every girl’s dream!
Because what better way to make a kiss extra special, then to seal it with some cheese dust.

*It ain’t easy being cheesy. 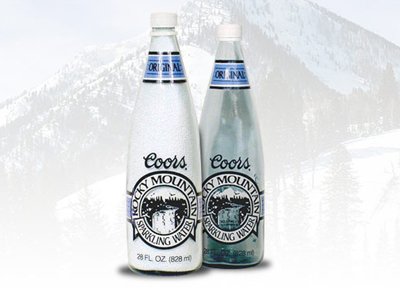 Poland Spring better watch out ’cause there’s a new sheriff in town! Everything looked smooth and crisp in the taste tests. Until volunteers realized they weren’t getting drunk at all. Straight from the Rocky Mountains came Coors first non-alcoholic drink, coincidentally tasting the same as it’s alcoholic drinks. Teenagers around the country were left devastated, out $4 bucks as they went back to pouring Vodka in their water bottles instead.

*Hundreds of kids thought they pulled a fast one at 7-11 with their fake ID. Maybe Coors won after all. 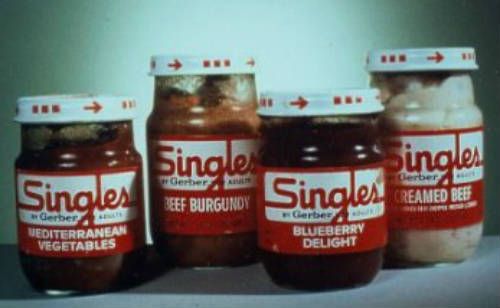 Finally out on your own? In college with the big kids?
Well, what better way to celebrate than with Gerber Singles?!
The first Gerber aimed at adults, particularly the 20-30 year old crowd. This was back during the 70s before hipsters. At the time, Gerber was still caught in a drug filled haze where creamed beef flavored Gerber was all the rage.

Really this product was released before it’s time. Hollywood Starlets happily scoop up the Gerber aisle at supermarkets these days to keep their figure, leaving a generation of children with the quality nutrition that can only be found on the dollar menu.

*Nowadays college aged males keep important food items like mustard in their fridge for sustenance. And nothing else! 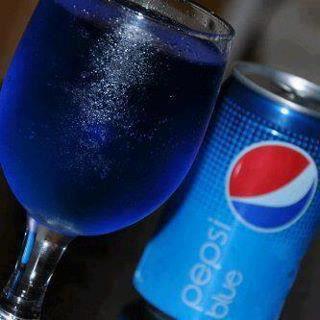 If you ever wanted to see what your teeth would look like blue. This was your one shot! Coming out in 2002, an awkward phase of the early 2000s, this was the answer Pepsi had for Vanilla Coke. A carbonated version of Listerine, except no mouth wash would remove these inevitable stains. It was pure magic in a can! A sugar rush of epic proportions!

But really it tasted the way you’d imagine a blue colored version of Pepsi to taste like. Like a homeless man’s Hawaiian Punch on a bad day.

Actually that’s being too cruel to the homeless…
Even they wouldn’t resort to Pepsi Blue. 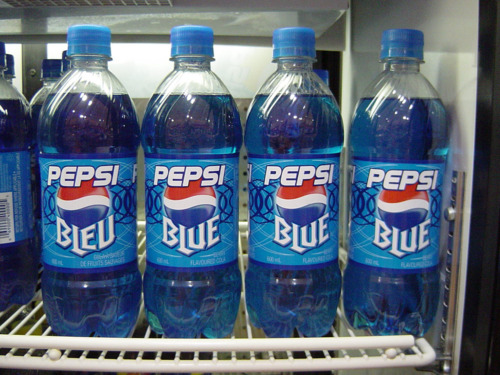 *Number of restaurants that ever served Pepsi Blue: 0